Enhancing Our Humanity through AI

A recent NY EdTech Meetup kicked off with a clip from the film iRobot, with Will Smith bravely facing off against Artificial Intelligence, in the form of robots who seem to be expressing a will of their own. VIKI, the supercomputer explains that “To protect humanity, some humans must be sacrificed.” “The created must protect the creator, even against his own will” the robot Sonny adds. It was a fitting beginning to a panel discussion titled “Artificial Intelligence for Learni
70

Paradigm shifts are occurring in many areas of society, from how we think about education to how we define gender, from models of patriotism to how we see racism in outmoded displays of public tribute, to how the blatant abuse of power and sex can be ignored or accepted as part of the way things are. We simply don’t see things the way we used to. For the most part, this is a move in a more positive direction. These shifts represent a broader understanding of our needs, of our
90

I’d Like to Buy a Used 747, Please (or Lessons from Sir Richard)

Sir Richard Branson came to the Upper West Side last night and did not disappoint. In conversation with Adam Sorkin, New York Times columnist and wunderkind in his own right, Sir Richard appeared disarmingly open about all things Virgin. We left, most of us with books in hand, with a slightly updated spin on some of the secret sauce of entrepreneurship and feeling a little bit of hope for what may come. Stay Relevant Branson is on tour for his latest autobiography, “Finding M
110

Remember the Feber method, or as it is also known, “gradual extinction”? That’s the method of sleep conditioning for babies and toddlers wherein parents train a children to sleep by leaving them alone, crying, for increasing periods of time until, the theory goes, they learn and accept that no one is coming, and they fall asleep on their own. Feber came to mind as I read last week’s New York Times story on teenage anxiety “Why Are More American Teenagers Than Ever Suffering F
570 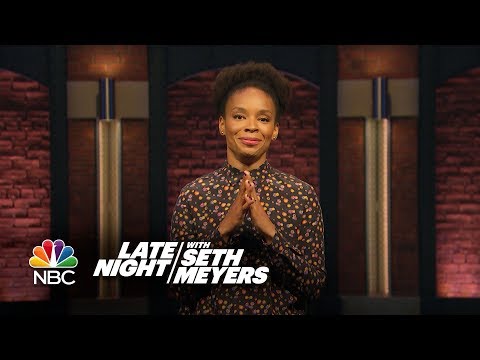 Pledging Allegiance to the United Disgrace of Football

It’s going to take a while for people to people to understand that the paradigm of American football, like that of traditional education, is something that needs to be changed. As Amber Ruffin summed it up so brilliantly in her commentary on Late Night with Seth Meyers last night, “We’re the only ones dumb enough to spend our Sundays wearing tights and giving each other brain damage.” But Ruffin’s routine wasn’t necessarily about football. It was about Ditka’s assertion that:
50

Tom Petty: An All American Bad Boy Gone Too Soon

When Jakob Dylan inducted Tom Petty and the Heart Breakers into the Rock and Roll Hall of Fame in 2002, he shared the following story: The first time I spent any time with Tom Petty and the Heart Breakers was 1986. It was not the first tour I had been on, but it was definitely the most excited I was, and I had planned on watching every moment from the side of the stage. Also on that tour were his two daughters. And I remember thinking "Jesus, your dad is Tom Petty!" It's not
150

Counting Doesn't Account for Enough When It Comes to Gun Violence

A New York Times editorial 477 Days. 521 Mass Shootings. Zero Action from Congress presents a straightforward accounting of the past year and a half since the Orlando nightclub tragedy. The numbers are staggering, and from any perspective—data analyst, politician, or parent—unfathomable, as is the ongoing inability of Congress to legislate safer gun laws. In response to the Las Vegas shooting, Dan Hodges' 2015 Tweet started making the rounds again, seemingly tugging at the wo
150

Prioritizing Education in the Midst of an Apocalypse

It’s hard not to feel post-apocalyptic in the face of so much tumult. Harvey, Irma, and Maria have proven that Bill Nye is not the only guy who believes in climate change. Stevie Wonder has been flying up and down the east coast playing at global and national unity concerts. Betsy DeVos has turned back the clock on progress made against sexual harassment on college campuses during the Obama years. And 45 spent a weekend on Twitter rather than dealing with the crisis in Puerto
460
{"items":["59f0cf4043c4b700142353fb","59efac9c7c68520014f33fc6","59e93cf9240dda0014b12b6b","59e64c76fd55fd0013acaac2","59de4dc383c0e70014e18761","59d7b3ad7bdca40014c0a576","59d690e3f1186b0014f3c8fc","59d3f085cabc2100144a35a4"],"styles":{"galleryType":"Columns","groupSize":1,"showArrows":true,"cubeImages":true,"cubeType":"max","cubeRatio":1.7777777777777777,"isVertical":true,"gallerySize":30,"collageAmount":0,"collageDensity":0,"groupTypes":"1","oneRow":false,"imageMargin":32,"galleryMargin":0,"scatter":0,"rotatingScatter":"","chooseBestGroup":true,"smartCrop":false,"hasThumbnails":false,"enableScroll":true,"isGrid":true,"isSlider":false,"isColumns":false,"isSlideshow":false,"cropOnlyFill":false,"fixedColumns":0,"enableInfiniteScroll":true,"isRTL":false,"minItemSize":50,"rotatingGroupTypes":"","rotatingCropRatios":"","columnWidths":"","gallerySliderImageRatio":1.7777777777777777,"numberOfImagesPerRow":3,"numberOfImagesPerCol":1,"groupsPerStrip":0,"borderRadius":0,"boxShadow":0,"gridStyle":0,"mobilePanorama":false,"placeGroupsLtr":true,"viewMode":"preview","thumbnailSpacings":4,"galleryThumbnailsAlignment":"bottom","isMasonry":false,"isAutoSlideshow":false,"slideshowLoop":false,"autoSlideshowInterval":4,"bottomInfoHeight":0,"titlePlacement":"SHOW_BELOW","galleryTextAlign":"center","scrollSnap":false,"itemClick":"nothing","fullscreen":true,"videoPlay":"hover","scrollAnimation":"NO_EFFECT","slideAnimation":"SCROLL","scrollDirection":0,"scrollDuration":400,"overlayAnimation":"FADE_IN","arrowsPosition":0,"arrowsSize":23,"watermarkOpacity":40,"watermarkSize":40,"useWatermark":true,"watermarkDock":{"top":"auto","left":"auto","right":0,"bottom":0,"transform":"translate3d(0,0,0)"},"loadMoreAmount":"all","defaultShowInfoExpand":1,"allowLinkExpand":true,"expandInfoPosition":0,"allowFullscreenExpand":true,"fullscreenLoop":false,"galleryAlignExpand":"left","addToCartBorderWidth":1,"addToCartButtonText":"","slideshowInfoSize":200,"playButtonForAutoSlideShow":false,"allowSlideshowCounter":false,"hoveringBehaviour":"NEVER_SHOW","thumbnailSize":120,"magicLayoutSeed":1,"imageHoverAnimation":"NO_EFFECT","imagePlacementAnimation":"NO_EFFECT","calculateTextBoxWidthMode":"PERCENT","textBoxHeight":231,"textBoxWidth":200,"textBoxWidthPercent":50,"textImageSpace":10,"textBoxBorderRadius":0,"textBoxBorderWidth":0,"loadMoreButtonText":"","loadMoreButtonBorderWidth":1,"loadMoreButtonBorderRadius":0,"imageInfoType":"ATTACHED_BACKGROUND","itemBorderWidth":2,"itemBorderRadius":0,"itemEnableShadow":false,"itemShadowBlur":20,"itemShadowDirection":135,"itemShadowSize":10,"imageLoadingMode":"BLUR","expandAnimation":"NO_EFFECT","imageQuality":90,"usmToggle":false,"usm_a":0,"usm_r":0,"usm_t":0,"videoSound":false,"videoSpeed":"1","videoLoop":true,"jsonStyleParams":"","gallerySizeType":"px","gallerySizePx":1000,"allowTitle":true,"allowContextMenu":true,"textsHorizontalPadding":-30,"itemBorderColor":{"themeName":"color_11","value":"rgba(255,255,255,1)"},"showVideoPlayButton":true,"galleryLayout":2,"calculateTextBoxHeightMode":"MANUAL","textsVerticalPadding":-15,"targetItemSize":1000,"selectedLayout":"2|bottom|1|max|true|0|true","layoutsVersion":2,"selectedLayoutV2":2,"isSlideshowFont":true,"externalInfoHeight":231,"externalInfoWidth":0},"container":{"width":904,"galleryWidth":936,"galleryHeight":0,"scrollBase":0,"height":null}}